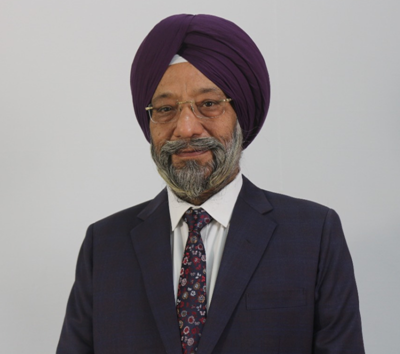 Mr. Harpal Singh is an award-winning banking professional with over 34 years of banking and institution building experience, the most recent as General Manager of Punjab National Bank from April 2013 till September 2015 having handled business of more than Rs.85000 Crore through 700 branches in Punjab. He is also an Independent Director with IOL Chemicals & Pharmaceuticals currently.

Prior to this, he was posted at the United Kingdom in Punjab National Bank International Limited (PNBIL) and headed the Retail Operations of the Bank in the UK. He was instrumental in starting operations of PNBIL in UK after obtaining FSA approval in April 2007.

He has an exceptional experience of managing the entire banking operations in the state of Punjab. As the State Head for the Bank, he managed competitive business development, growth of the institution and its manpower, and steered high level meetings. He has been a convenor of State Level Bankers’ Committee, for the State of Punjab, playing a pivotal role in implementation and monitoring of Government’s directives for Banks with a view of ensuring the imparting of correct directions to various schemes implemented by the Central/State Government.